We’ve all experienced a canned food drive- fill a box or even a bus with non-perishable food to be donated to a local food bank or food pantry. Easy. So easy in fact that we often forget that this packaged food will be going to someone who relies on it as their primary source of nutrients. Recently local food banks have been making strides to provide more healthful and nutritious foods to the communities they serve- because no one can or should survive on canned food alone.

Read about it here: For decades, America’s food pantries and soup kitchens have been dumping grounds for junk food. When a store has too many sheet cakes or frozen pizzas, it unloads them on the most vulnerable.

But as obesity and diabetes soar in these populations, many in the sector have begun to push back. Now there’s a movement to not only feed the 1 in 8 Americans who use food banks each year, but to feed them in a way that doesn’t promote debilitating and costly illnesses.

Feeding America — the national umbrella organization that represents most of the country’s food banks — announced a plan Thursday to increase the nutrition of food available at pantries and other charitable organizations. By 2023, the organization intends to offer more fruits and vegetables to its member organizations, and to provide training and infrastructure to help them add more fresh produce, whole grains and lean proteins to their lineups.

“We’re trying to model the 21st century food bank,” said Nancy Roman, chief executive of the CAFB. “The old way was to collect cans and pass them out. … Now we realize we have a moral imperative not only to provide food, but to provide food that helps prevent diseases.”

Under the initiative, Feeding America will join farmers and growers across the country to collect unsold or unwanted produce, and to build six or possibly eight processing warehouses to collect and distribute this food.

The organization will also invest in two projects to preserve fresh produce — a facility to can donated tomatoes is one possibility. Many food banks currently don’t have enough cold storage for perishable foods.

The initiatives, made in collaboration with former first lady Michelle Obama’s Partnership for a Healthier America, are intended to expand efforts already underway at some food banks to take a closer look at the foods they serve. But the majority have not yet had the capacity, or the buy-in from corporate donors, to do so. 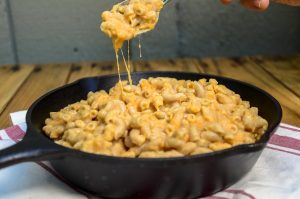 As part of Thursday’s announcement, Feeding America has also partnered with behavioral economists at Cornell University on a two-part study to find techniques for encouraging healthy choices for clients “shopping” at food pantries, and food pantries ordering from their regional food bank.

“As the nation’s largest hunger-relief charity, there are 46 million people, including 12 million children, who are counting on food banks for help,” Feeding America chief executive Diana Aviv said in a statement. “Our partnership with PHA aligns with our belief that when people have access to enough nutritious food, they thrive.”

Some member food banks are going even further. CAFB, which stopped accepting donations of cakes and candies in September, will also launch a pilot program with the grocery delivery service Fresh Direct to get produce and other perishable items delivered to families in food deserts. And Giant stores in the Washington area will begin distributing produce guides and healthy recipe cards developed by the food bank for low-income consumers.

Roman said that the food bank made nutrition a priority when a 2015 study revealed that nearly half of the household its was serving included people with high blood pressure, and almost a fourth had a family member with heart disease.

“That was really clarifying,” Roman said. The food bank has launched a number of nutrition programs, including cooking classes and a “mobile market” that brings fresh produce to high-risk neighborhoods. In September, it banned some junk-food donations.

Those programs represent major changes for food banks over the last five years.  In 2012, one study of U.S. food banks found that almost half did not have any nutrition policies or standards in place. 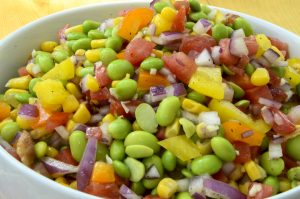 That began to change in the aftermath of the recession, advocates say, when more families began to rely on food pantries, and for longer periods of time.

The increased usage — along with rising obesity, diabetes and heart disease rates — forced many in the sector to begin reconsidering the role they played in their clients’ lives.

“Many of our food banks now view themselves as more than a distribution center for food,” Feeding America wrote in a 2014 announcement describing one of its earliest healthy-food pushes.

Three years later, major challenges remain: A study published this month in the Journal of the Academy of Nutrition and Dietetics concluded that modern food pantries are still “largely unable to support healthy diets.”

Small food banks struggle to source fresh produce, meat and dairy, and find places to store it. And there’s a persistent anxiety about upsetting or deterring corporate donors, Roman said. Some of the largest contributors to the food bank are companies such as Walmart, Pepsi, Mars and Kellogg’s, which either manufacture or sell large amounts of soda, candy, processed snacks and sugary cereals.

“It’s a priority for everyone,” Roman said. “We’re having these realizations at a time when consumers are also demanding changes.”