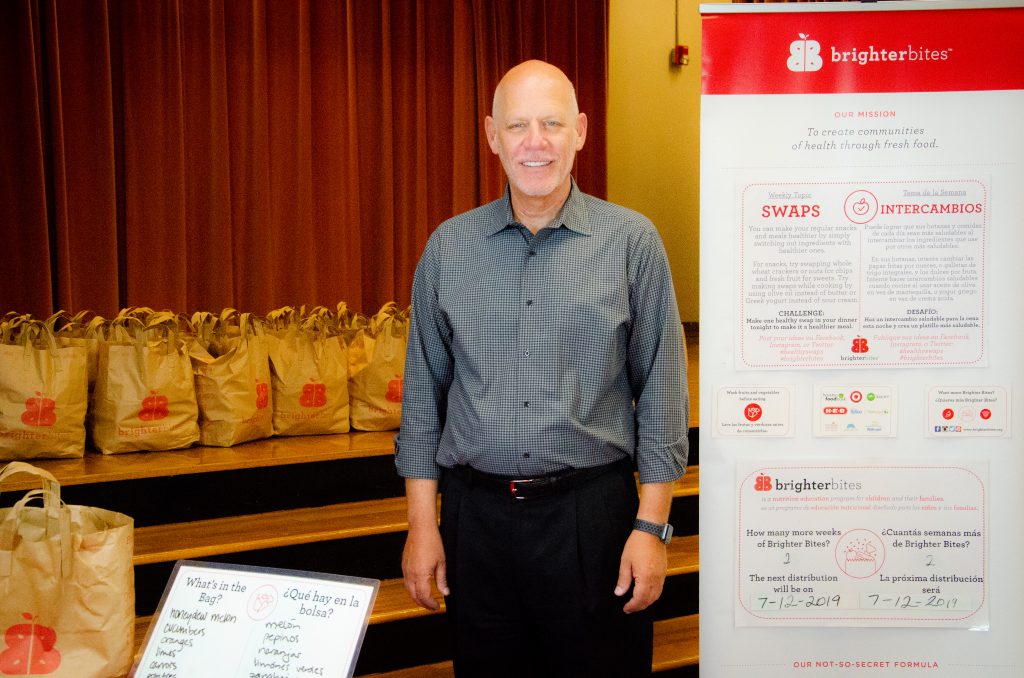 Rich Dachman, former VP of Produce for Houston-based Sysco, will lead the national nonprofit that teaches people how to incorporate more fresh food into their diets and tracks their behavior change.

Dachman comes to Brighter Bites with more than 40 years of experience in the produce industry, 28 of them at Sysco, the world’s largest broadline food distributor. Dachman retired from Sysco last month as Vice President of Produce for the global company. He had been a member of the Brighter Bites Board of Directors for more than three years.

“I have loved being a Brighter Bites board member, where I had the chance to work closely with the organization during a crucial phase of its growth. When Brighter Bites came to me with the idea of taking a leadership position, I thought it was a great opportunity to begin the next chapter of my career,” Dachman said. “I look forward to assisting Brighter Bites expand the impact of a program that is increasing produce consumption by teaching families how to change their eating habits for improved health. In my new role, I will be able to continue working with my colleagues in the produce industry, but in a way that enriches underserved communities around the country. Who could ask for a better job?”

A Denver native, Rich began his produce career there with his family-owned business. Following the sale of the family business, he and his father opened a new foodservice operation in Denver for Kraft Foods, Inc. before Rich joined Kraft’s corporate office in Chicago as National Director of Produce in 1987.

In 1992, he joined FreshPoint Inc. and was President of FreshPoint Operating Companies in Houston, Denver, Atlanta and the Company’s central procurement office in Salinas, California. When Sysco acquired FreshPoint in 2000, Rich was appointed to the position of Senior Vice President, Western Region, and in 2007 was promoted to Vice President of Produce for Sysco Corporation.

Rich has received multiple awards, including The Packer’s Foodservice Achievement Award, the Center for Growing Talent’s Jay Pack Cultivating Our Future Award, and Produce for Better Health’s Excellence Award. Rich was Chairman of the Produce Marketing Association (PMA) in 2012, capping more than 10 years of leadership service for PMA.

Brighter Bites measures the outcomes of its program to determine impact. Research by UTHealth School of Public Health shows the Brighter Bites model provides consistent opportunities for children and their families to practice healthier behaviors in school and at home:

Children and parents participating in Brighter Bites reported a:

Brighter Bites is a nonprofit that creates communities of health through fresh food with the goal of changing behavior among children and their families to prevent obesity and achieve long-term health. Brighter Bites is an evidence-based, multi-component elementary school, preschool, and summer camp program that utilizes reliable access to fruits and vegetables, nutrition education, and consistent exposure to recipes and messages that feature fresh food. Since 2012, Brighter Bites has provided more than 22 million pounds of produce and 100,000s of nutrition education materials to more than 265,000 individuals (including teachers!) in Houston, Dallas, Austin, New York City, the Washington, D.C. Metropolitan area, and Southwest Florida. The Partnership for a Healthier America (PHA) recently named Brighter Bites the winner of the 2018 PHA Impact Award. In 2016, Brighter Bites won the Texas Health Champion Award. To learn more visit BrighterBites.org.

This Brighter Bites announcement was also reported on by the following publications:
The Packer
Produce Blue Book
Produce News
And Now U Know
Perishable News